Taken from ‘This is Wiltshire‘

A LANDLORD and his wife are calling time at the village pub they have run for 13 years.

Robert and Barbara Feal-Martinez will say goodbye to The Carpenter’s Arms Motel to join their son and grandchildren in Portsmouth.

The couple are finalising plans with Arkell’s brewery but expect to leave South Marston in October.

Mr Feal-Martinez said: “There’s never a right time to do anything but obviously we are getting older and this is becoming more and more a young person’s trade. I have been doing this for 27 years and the time is right to watch the grandchildren grow up. It’s something we didn’t want to miss out on.”

The couple added the motel section to the pub and it has a number one listing on the TripAdvisor reviews website for hotels in Swindon. The Arms, which was acquired by Arkell’s in 1881, also has the maximum five stars for food hygiene.

Mr Feal-Martinez, a former UKIP candidate known for his forthright views on political matters, said: “We have made some good friends and we will miss our regular customers. We have a really strong core of regulars who come in on Sunday lunchtimes, week in, week out. Some of our guests in the letting rooms have been here two years. They work in Swindon as IT contractors and go home at the weekends. It shows the good accommodation and service we provide. We have also made some enemies, but that’s the nature of things when you put your head over the parapet. Arkell’s have also been an excellent business partner and they have been very helpful.

“We are number one on TripAdvisor for our accommodation, and have been for 10 months. There is a high standard and we hope the people who come in will maintain that.”

The couple, both aged 61, are moving to be nearer their son, who is in the Navy.

Mr Feal-Martinez said: “I have been in the trade in various ways since I left the police in 1985. I may put myself down on a relief list at Arkell’s in case I want to run a pub on temporary basis. But I’m a great believer that once you’ve made a decision you should look forward, not back. It’s too easy to say what might have been.” 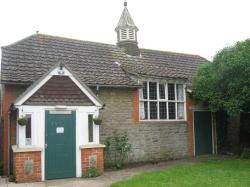