Please note that todays event will now run 5pm to 6pm, not 5pm to 8pm as previously advertised.

The agents responsible for the roadworks taking place within the village at the moment will be hosting a a drop in event in the village hall tomorrow, Wednesday 24th January 2018, 5pm to 6pm. Please note that this time has changed from the original time of 5pm to 8pm.

This event is designed to answer any residents questions and inform residents of future activity. 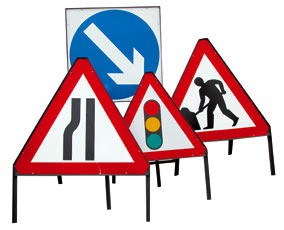 Roadworks are due to take place on Old Vicarage Lane from 2nd January to 10th February 2018.

The work is to install a power cable to power Symmetry Park. The work will begin from the railway bridge end and move up Old Vicarage Lane. They will eventually connect up with the work being done at Supermarine Road.

The work will take place on the road (rather than the footpaths – where they exist) and the contractors will be using two-way lights to control the traffic.

The work will all be on the right-hand side of the road (facing into the village) so will not cross the entrances to the Recreation Ground or school but will cross the Church entrance, the pub entrance and the entrances to Church Ground and Nightingale Lane.

The Parish Council are in contact with those doing the work and will update as we get more news.

As part of the installation of a power cable to the new hub development, Supermarine Road and Stirling Road will have roadworks on the following weekends: 6th – 7th January 2018 and 23th -14th January 2018. Both roads will still be open although they will have a lane closure in place.

Starting this Thursday, 30th November, work will begin on installation of a power cable in the verge on Highworth Road as you come round the corner from Supermarine Road. This work will last approximately three weeks.

The Parish Council are continuing to liaise with the company responsible for the work and will update as needed.

Please ensure you leave extra time for journeys in case of delays. 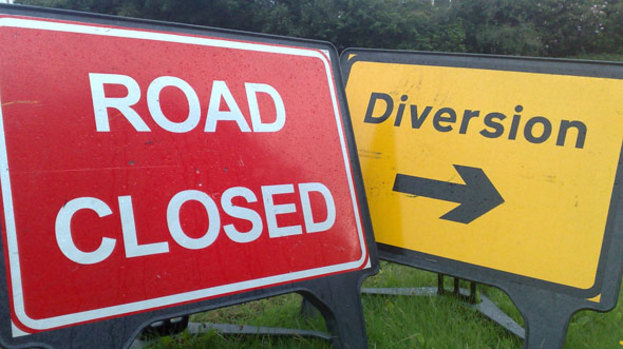 Please note that the bridge at Old Vicarage Lane will be closed for further work from 1am – 6am on Sunday 21st May.

A diversion will be in place for these hours, directing traffic out/in the village via Thornhill Road and Highworth Road.

Thanks to the work of the community and the Parish Council, Swindon Borough Council have begun a consultation on a proposed 7.5T HGV restriction on Supermarine Road, Swindon.

The proposed traffic order is designed to resolve the issues of HGV’s that are unaware of the weight restrictions already in place on Highworth Road/Thornhill Road and access the area via Supermarine Road. They are then unable to turn around due to the road layout so are forced to access the village. Placing a weight limit on Supermarine Road itself will hopefully prevent this from happening.

Details of the public consultation and the logic behind the proposed order can be seen below.

Notice is HEREBY GIVEN that Swindon Borough Council proposes to make an Order under the relevant sections of The Road Traffic Regulation Act 1984 the effect of which will be:

To restrict heavy goods vehicle in excess of 7.5t maximum gross weight with the exception of access to proceed along Supermarine Road, C141 and C142.

A copy of the draft Order, plan and reasons for the proposal may be inspected at the One Stop Shop, Wat Tyler House, Euclid Street, Swindon during opening hours for a period of 21 days from 10 March 2017.

Objections to the proposed Order, stating the grounds of the objection, should be made in writing to reach the undersigned, quoting reference (ZA/TRO/Supermarine Road) by no later than 30 March 2017.

For further information contact the Traffic Section on (01793) 466401 or online www.swindon.gov.uk/highwayregulation