During the Jurassic period (about 200 million years ago to 140 million years ago), Soutton was beneath a warm shallow sea. At this time the Corallian Beds were deposited. Unsurprisingly this means that there are vast deposits of fossil coral beneath the village. However, most of it is covered by Kimmeridge clay. This was deposited towards the end of the Jurassic when the sea became deeper.

The pictures below show typical Corallian fossils found in the area:
• Two views of an ammonite fragment.
• Two small ammonites, some belemnite fragments and some bivalves.
• A large coral and a close-up to show the detail.
• A selection of coral pieces.

The bivalves are similar to Palaeonucula calliope. Other fossils have been found including a spiral shell similar to Anchura pennata.

Next time you’re digging in the garden take care, the remains of aquatic dinosaurs have been found in the Kimmeridge clay of Swindon. 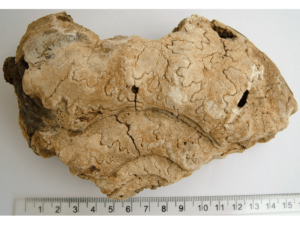 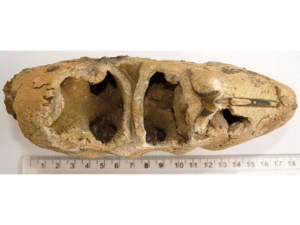 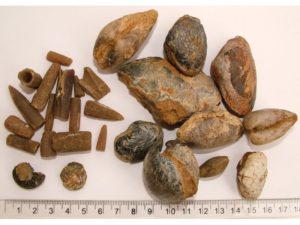 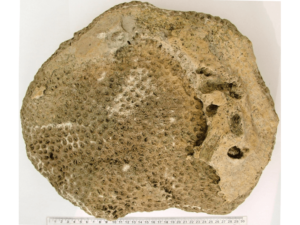 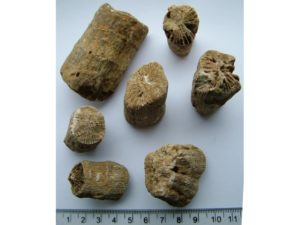 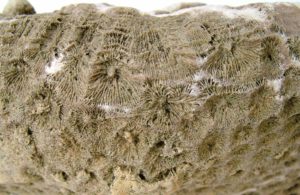 There are many good Internet sources to be found, including:

The Ridgeway, three miles to the south of South Marston, was a major route for nomadic tribes of hunter-gatherers who used stone and bone for tools and weapons.